Anait Sagoyan is a Berlin-based poet, writer and photographer. In her novel House of Paraffin, published 2021 in Russian, she tells the story of two people who grew up in two very different corners of the post-Soviet world. Their paths eventually cross in Berlin, where together they face their childhood memories and unhealed wounds of the past. The common theme of her novel and of her essay and photo series I dreamed of exoplanets deals with memories of the difficult transformation period in Georgia after the collapse of the Soviet Union. «Georgia fell into a deep coma. […] For the next few years, Georgia survived on nothing but the expectation of change.»

I dreamed of exoplanets

In the 90’s Georgia fell into deep coma. Unable to walk on its own legs, it fell after a couple of independent steps, broke its spine, cracked its head and froze crooked in such an inelegant way that no Hollywood director would approve of – their cinema was about grace and lightness, there you needed to cross your legs right and bend your arm at the elbow. Head a bit to the side and chin up when possible – just like on the Renaissance pictures. Death had the smell of dampness, the shriek of a half-open door and the looming light of a petroleum lamp. Creeping up, death shimmered with endless and formless self-pity of dying. Self-pity of those who survived.

As to decaying panel buildings, it seemed, they would be there forever. Even when our building entrance lost its canopy, we expected to see it lying on the ground until the very last day. Nothing had changed in our block, even when the Soviet Union collapsed and lied underfoot just the same – through all the 90’s. Everyone trampled it, sometimes stepped over it, took away all the valuables and reequipped them, and the rest just stayed where it was. And we carried on.

I remember black spots of funerals in Tbilisi; those spots slowly crawled through the block, and everyone stood on the balconies, peeked out of the open windows watching the crowd centered around the open coffin. The younger the departed, the bigger the audience. Such mise-en-scenes brought some life into repetitive days. Otherwise, it was as if each day repeated itself, each feeling, although blunted with time and only mildly reminding of itself. Everybody wanted to feel maximum “alive”, and the easiest way was to watch over the dead man.

My father dreamed of a rocking chair. He used every occasion to talk about it: during feasts, cozy kitchen evenings, meeting classmates. Or when a neighbor came around to ask for a loan. In those days such a dream – a rocking chair! – was eccentric; people rarely risked to show their love for sinful world of comfort, corrupting tough and rough body of a good worker. So father, being just waiting for the sad outcome of the worldwide conspiracy and the forced relocation of people to caves, reveled in this little whim he could afford: to dream of something so beautiful and, in his case, financially unaffordable, just to surprise everyone. Having announced his eternal dream once again, he usually leaned back in his chair and, bright-eyed, watched the audience. With pleasure father absorbed their puzzlement and forgiveness of a small weakness to a person who was at any moment ready to start getting food with a spear, because “everything is coming to that.” But, having articulated his dream, he was immediately satiated with it. It turned gray, lost its warmth, like a dying body, until at the next gatherings he, once again, breathed life into it. That was my father’s way of life – from saying it loud once to the next similar occasion. This helped him to wait for the great, sad and already inevitable migration of people back to the caves.

Talking about a rocking chair, father as if left his own body and as an artist moving away to get a better look at his picture, watched over himself and his utopian dream, trying on with a pencil in his fingers, squinting delightedly. In these moments, he was fueled by pity for himself, doomed to love what he didn’t have and wait for what would never happen. Self-compassion, the post-Soviet plague, took root in panel apartments, bringing entire families to heel.

My mother regularly went to the regional automatic telephone station to pay for the landline phone: a month of empty conversations, silence on the phone and voice longing. I accompanied her. There, in the small offices, sat women with blue eyelids, scarlet lips and rust-colored polish on their nails. They were the empresses of the copper-cable mechanisms for the infection transmission: following the whim, they could have disconnected you from the disease focus, or returned you to communication. The ATS always smelled of paint, dampness, carbolic acid and aggressive lady perfume. Dim light missed the people, and the sounds were of somewhat plywood-clerical nature.

In those days, everyone began to gradually understand that outside the block-panel arcadia there is another life, where a rich man meets his kind and together they visit the rich. And that they do not have to repent for all this. Realization that the wonderful, carefree world on the other side of ungodliness owed to local people, who have won a little less luck from fate, came very quickly, and everyone on this side tried on the protective overalls of the victims.

And then it started: the central heating stopped working even in hospitals. I vividly see the picture: my mother sends me for kerosene for a wick lamp, a heater and kerosene gas, on which a saucepan barely fits. I go outside with a large canister in my hands, because now they turn off the electricity, then the gas, then the water, and more often all at once. Kerosene must bring us back to life. At least for two days. We are lucky: Dad is friends with air traffic controllers, together they watch humor show on Sundays when electricity is on, and we sometimes, as friends, get high-quality aviation kerosene. If we need to save money, we use candles remelted several times. But if we are out of kerosene, there is no hot water that we can carry to the bathroom with pots and kettles, to blend with cold water and wash.

This feeling of growing abyss between your own and another, outside world was aggravated by the hour. It was an elusive time period, when many in the city had already visited McDonald’s out of curiosity, but Danila Bagrov had not yet stepped in. The time was special, indeed: the once forbidden overseas world has now become just hard-to-reach. You could already hear it, see it, even taste it. It was handsome, relaxed, free, even though still foreign.

Not that it was a delight to carry pots from kitchen to bathroom. But closer to home, in a way. Familiarly, you took them with both hands and walked solidly. And here you sit, eat this plastic bread with a smooth patty, and then are obliged to take out your tray. In Tbilisi, you can’t behave like that in a cafe. Rotten Europe – it will soon die out, carrying out its own trays.

Europe, though, was far away, and in our block we seemed to each other pathetic and unnecessary. Forgotten. People like us could be easily burned out like weeds to clear the field. The adults had painful, long familiar feeling of hopelessness, of their own inferiority. So when someone managed to break out, to freedom, everyone froze and marveled, fascinated.

Those rare lucky few would suddenly fly away for fifteen years, promising to drop by the following weekend. Fifteen years later they would come back to sell an empty apartment and leave again. “Time to hit the road,” people were whispering at every corner. But it is one thing to say something and quite another to actually do it and leave – it felt like some kind of a deadly trick. Things you had to do for that! And if someone succeeded, categories of both joy and envy disappeared. Were simply becoming too shallow. There was, indeed, a sense of being close to a deity, and everyone wanted to appear in the shine of that one lucky man.

I come from a Tbilisi panel house, but I live in Berlin now. Buildings are different here. Panel houses are different here. Smooth like a model of a construction object, for which even a foundation pit has not yet been dug. They look uninhabited. No ‘fuck you’ scribbled on the entrance wall like a heart-felt cry out. Not even Tupac Shakur’s texts scribbled in approximate Cyrillic.

Hit the road, they said. Leave my homeland, that is? Did I have one? Maybe, I just became attached to this field of decaying panels. Now, in Berlin, I am mostly a person leaving home for work in the morning, and as soon as my working day is over, it is time to go – but not home, more like to a big square where you are a free individual, an inhabitant of the Earth, and all those ‘homelands’ and ‘homes’ with familiar smells are simply not about you.

And that is all about you. 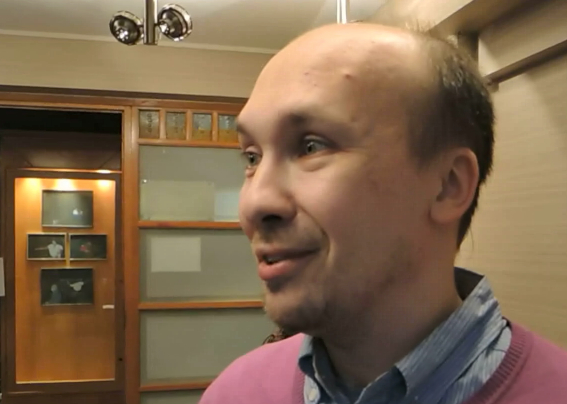 “I think that I began to think profoundly about the 90s was several years ago. I feel that I don’t have nothing that was garanteed for…

At a conference in Thessaloniki in October 2015, we asked participants from Eastern and South-eastern Europe about their “Transition Moment”. Could they tell us a little…