Austausch e.V. is an international non-governmental organization that has been committed to promoting peaceful coexistence among citizens in democratic Europe since 1992. Austausch e.V. supports the development of pluralistic societies in Russia, Ukraine, Belarus and Georgia, as well as the EU, and advocates for peaceful dialogue between Germany and Eastern European countries. The focus of our international project work includes education, youth exchange, civil rights, history, environment, media and social affairs. Austausch e.V., together with Sofia Platform, has been the main coordinator of the “Transition Dialogue” network since 2015. From 2009 to 2011, Austausch e.V, was one of the founding members of the EU-Russia Civil Society Forum, and since 2014 has been one of their sponsors. 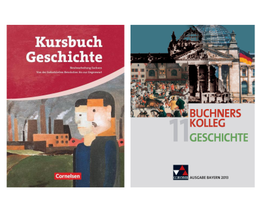 Jan Dreyer, history teacher, has been examining and researching the ways in which the transition process and reunification period is approached German history text books and has written this report that compares his findings across textbooks in Bavaria and Saxony.  Within the short period of 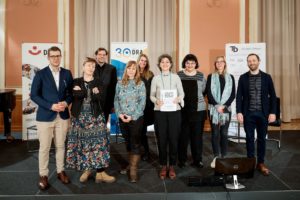 On Thursday 31st March and Friday 1st April, we gathered both online and in the Rotes Rathaus in the centre of Berlin to mark the closing of the programme “Transition Dialogue” and to present the handbook that has been the result of the hard work

Can we still have a conversation with each other? We all want to be heard, but are not always prepared to listen? The social climate of conversation seems poisoned, dialogue increasingly turns into discord; hatred and agitation often dominate the discourse. In this short video, the

The Open Lithuania Foundation (OLF) launched its activities in October 1990 as an independent, non-governmental, non-profit organisation, with its main objective being to support the development of an open and democratic civil society in Lithuania during the transition period out of communism. OLF renewed its activities in 2017 with a fresh structure and format, and its projects today are aimed at promoting the formation of an open, active, and tolerant civil society in Lithuania, actively engaging in activities in the spheres of civic engagement, education, research, culture, law, social media, independent media, public health, social areas and, above all, the promotion of a knowledge-based society. OLF works to strengthen the protection of fundamental rights in Lithuania and Europe, and to promote tolerance and support of vulnerable groups in society. 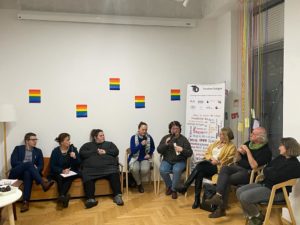 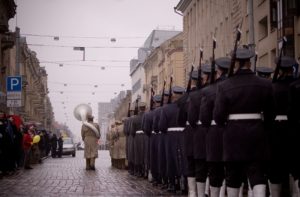 Quiz on the transition period from the Open Lithuania Foundation

Last year marked the 30th anniversary of the disintegration of the Soviet Union and the end of communism. What followed afterwards was a period of

Sofia Platform’s work is characterised by two main strands: historical and political education throughout Bulgaria, particularly in regions outside the capital; and its involvement in the core identity debate that many Central and Eastern Europeans find themselves in post-transition: who are we now, and why are we who we are? Sofia Platform was originally founded in 2013 in response to the Arab Spring, in order to support those countries in transition phases through lessons learned and personal experiences. Since 2014, its focus has been on the question of how the lack of addressing the transition affects the current social and political situation in Bulgaria. Sofia Platform has a large network of national and international experts in many fields of education, such as historians, teachers and cultural workers, and is part of Networking European Citizenship Education (NECE) and Networking Arab Civic Education (NACE). 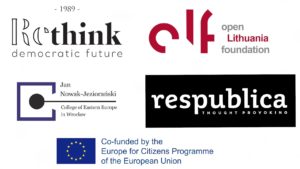 Conference: “Rethinking the Democratic Future” with the panel “Challenges of Transition.”

Democracy in the world today faces new challenges. Some of them, such as populism and a lack of democratic procedure, can be traced back to

Zaklada Znanje Na Delu (the Knowledge at Work Foundation) was established in cooperation with Croatian public educational institutions, and implements programmes aimed at young people and teachers in order to gain practical knowledge in the education sector. These in particular are intended to promote exploratory learning and creativity in the education sector as a means of addressing the problem of employability in Croatia that has come about due to the “brain drain,” particularly prevalent in the post-transition era, and therefore these programmes are meant to tackle the skills gap between the education and business sectors in Croatian education fields. This includes job-shadowing opportunities for young people and company workshops for businesses. 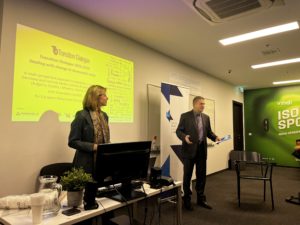 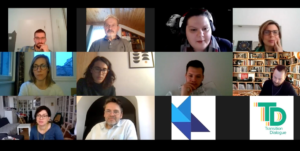 On Wednesday, March 17, 2021, an online expert workshop was held for members of project groups within the international project “Transition Dialogue 2019 – 2021

Stowarzyszenie 61 (English: Association 61) was founded in 2005, and has been supporting conscious and active participation of citizens in elections as well as monitoring the public life in Poland since 2007. They have cultivated a specific set of IT tools to support election processes and research parliamentary data. They aim to achieve their goals through the civic education of youth and adults, as well as gathering, analysing and sharing data on public life. Their work is based on the principles of impartiality and equal access to information for all Poles. In 2019, Association 61 received an Award for Social Engagement from Polish Business Roundtable. In 2022, they launched the project “Obywatelski HiT” (English: “The Civil History and the Present Project”), which was created in response to the introduction of a new subject – History and the Present – in secondary schools.

At obywatelskihit.pl, you can find an extensive database of educational materials, including films, lesson scenarios, exercise proposals, source texts, dictionary entries etc. Amongst them there are new materials, created especially for learning History and the Present by our team and partner initiatives, alongside specifically selected pre-existing educational materials. 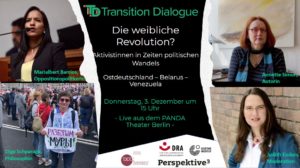 The role of women in conflict and transition societies is significant for a variety of reasons. Women are active agents of change and a driving

The Congress of Cultural Activists (CCA) contributes to the development of civil society and the creation of creative communities in Ukraine. They develop cultural activism networks and contribute to the implementation of interdisciplinary projects in cooperation with international experts and national alliances. The work of the CCA aims to further intercultural cooperation for positive development in in Ukraine and implement projects on socially relevant issues. Furthermore, they focus on the development of  creative industries to uplift dialogue and collaboration as a means of cultural integration to support progress and encourage activism and active citizenship in a post-transition society. 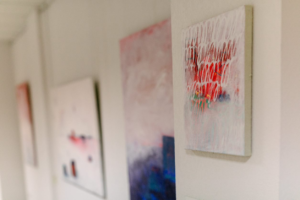 The exhibition LOST IN TIME

The exhibition LOST IN TIME is about objects and people who have lost their past and cannot move forward into the future. The discussion “Transition 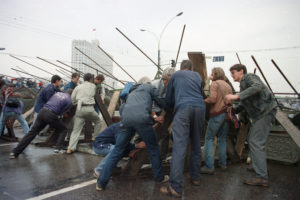 Photographer Dmitry Borko looks back on the events of failed Soviet coup attempt in August 1991, as does Elena, who recognized herself in one of 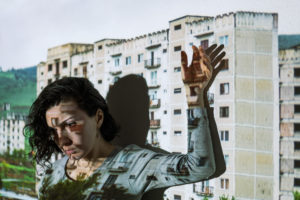 I dreamed of exoplanets

Anait Sagoyan is a Berlin-based poet, writer and photographer. In her novel House of Paraffin, published 2021 in Russian, she tells the story of two 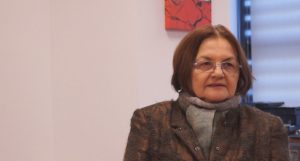 What Women got from Change: Interview with Mihaela Miroiu

Mihaela Miroiu (born in 1955), Professor at the National University of Political and Administrative Studies Bucharest, is one of the most important feminist scholars in